High in the Himalayan mountains of North India, a white lion roams through the cedar forests. Its white manes flow around its body, and he carries his long tail casually above its back. It’s jetblack face keeps track of his pack, making sure everyone is safe and sound.

It’s not a lion though. It’s a monkey.

The Chamba sacred langur, also known as the Himalayan- or Kashmir grey langur (and Semnopithecus ajax in scientific jargon), is the largest Hanuman langur species existing.
Still existing. Because with only 250 adult animals left, this species is on the brink of extinction.

I made a children’s magazine called Achamba! to save the last remaining individuals, and help the Chamba sacred langurs to survive. 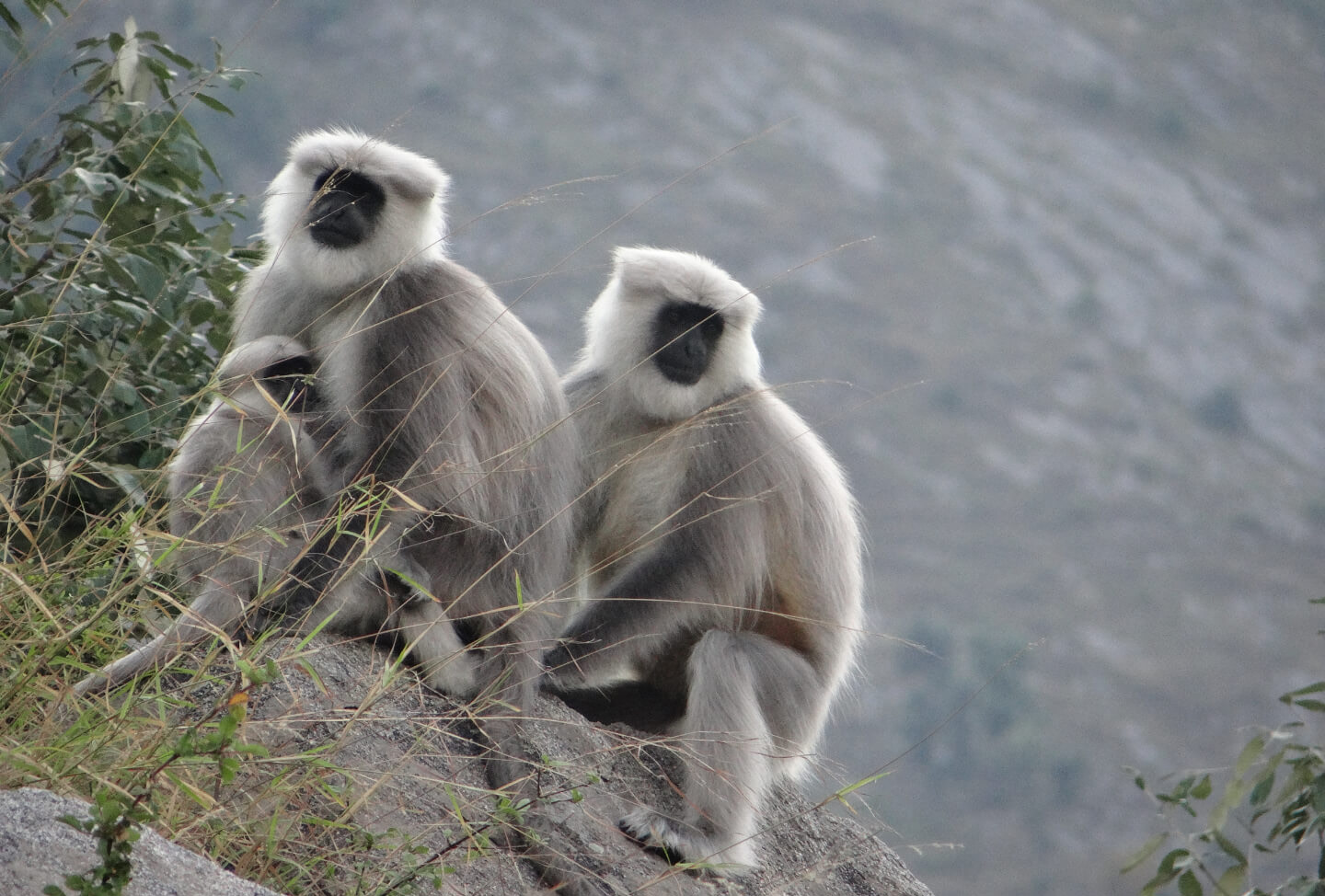 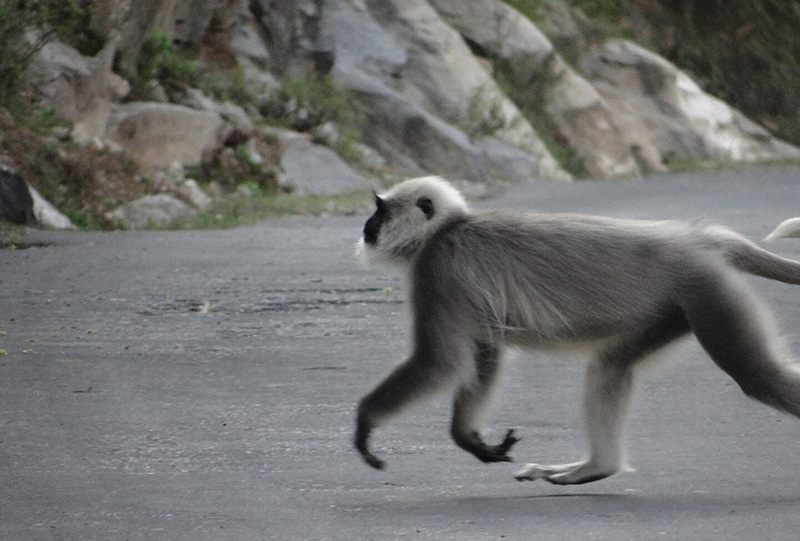 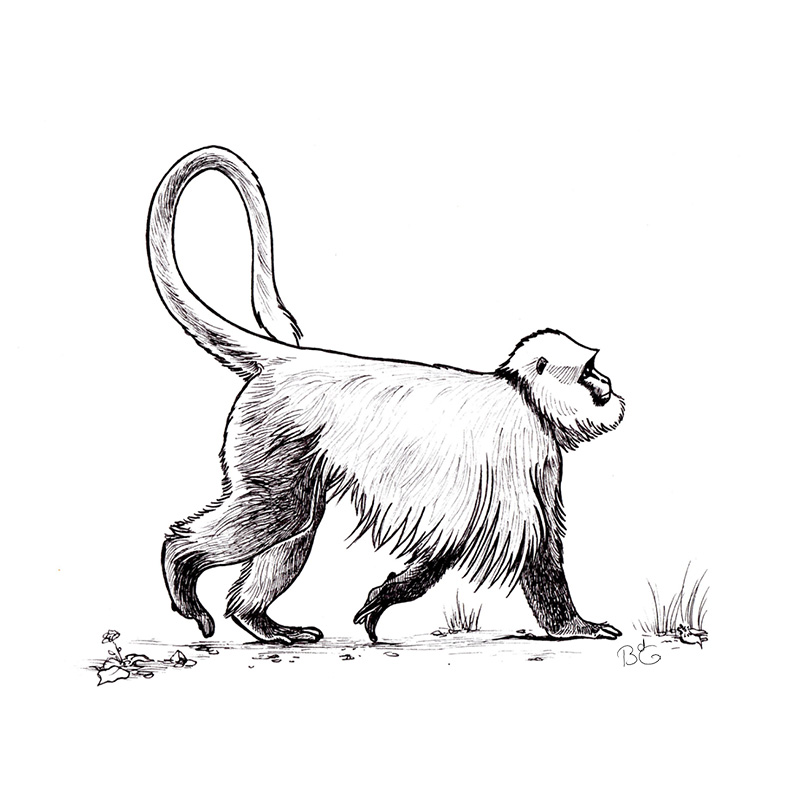 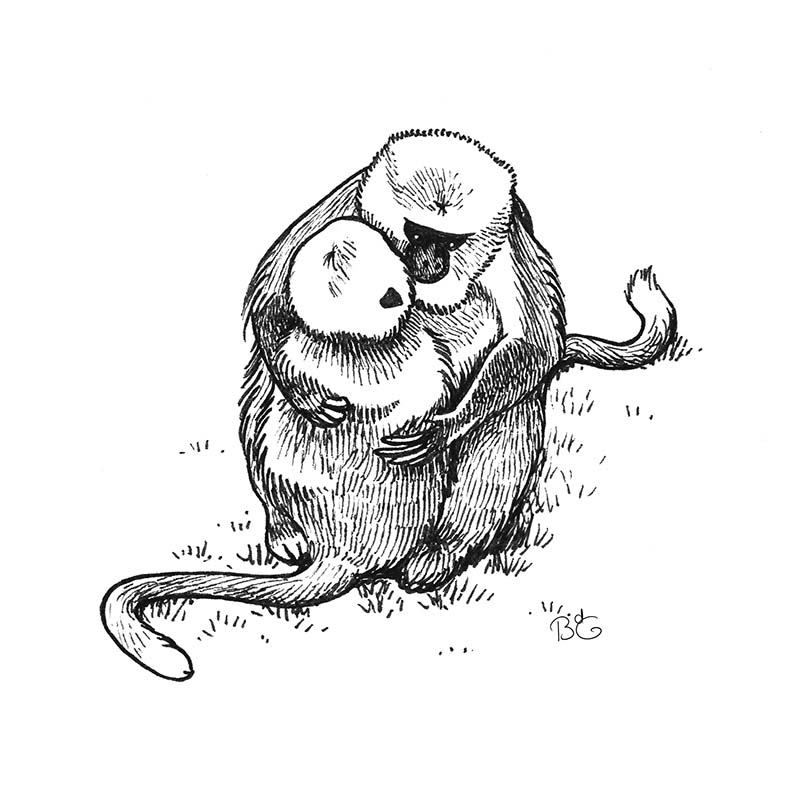 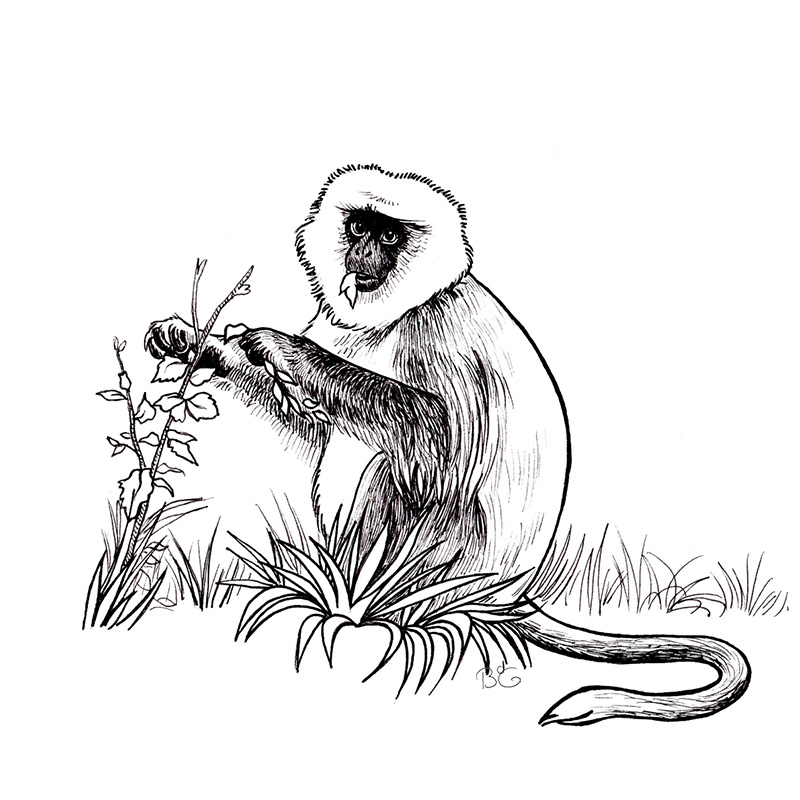 The Chamba sacred langur is an Endangered leaf-eating monkey that only occurs in the Chamba valley, a lush green patch surrounded by high mountain peaks.

The langurs’ survival is threatened, because the forest they depend on is cut to make place for human settlement and agriculture. As the trees tumble down by the bushes, so does the fragile langur population. If the deforestation trend continues, the species eventually will go extinct.

Besides deforestation, there is another problem the langurs face. As the natural foraging areas vanish, the animals resort to the farms that replaced it. Juicy corn and cabbage are a welcoming meal for a hungry langur. Although the Hanuman langurs are protected by their sacred status, the love is understandably hard to hold up when a group of langurs decides that it is your farm to feast on today.

Farmers and villagers chase away the langurs with stones, dogs and the occasional bullet, and the langurs are left with nothing but their ever shrinking foraging area. 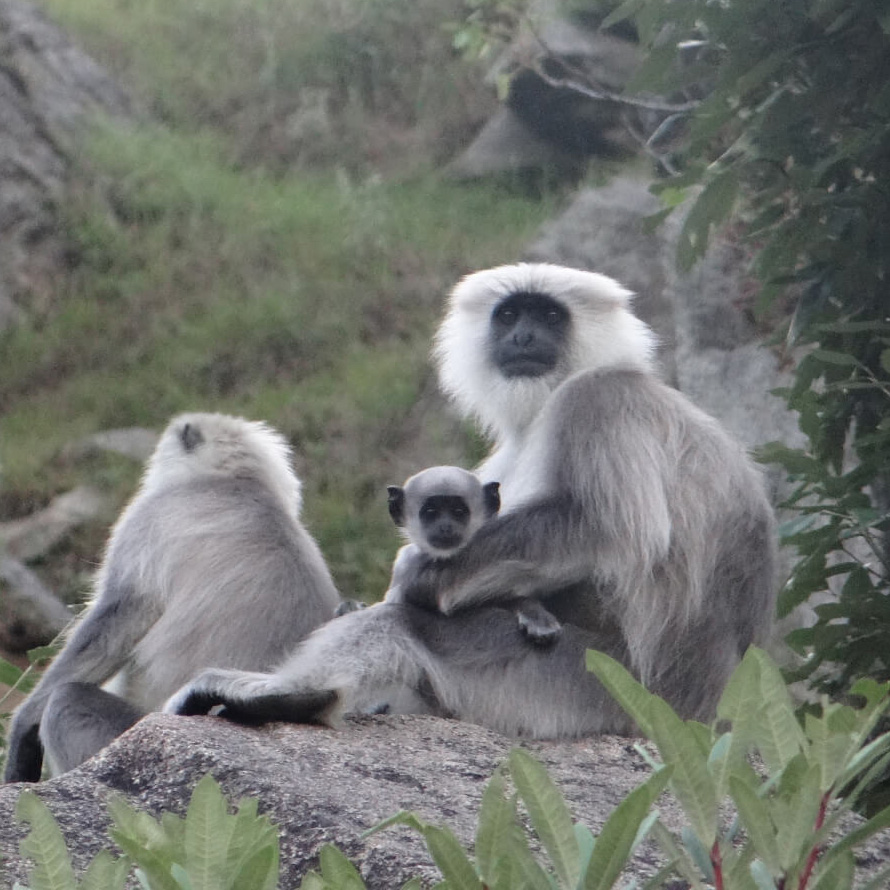 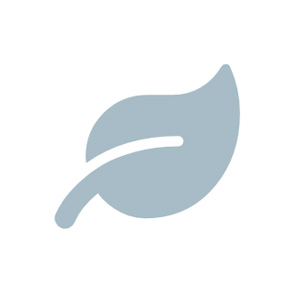 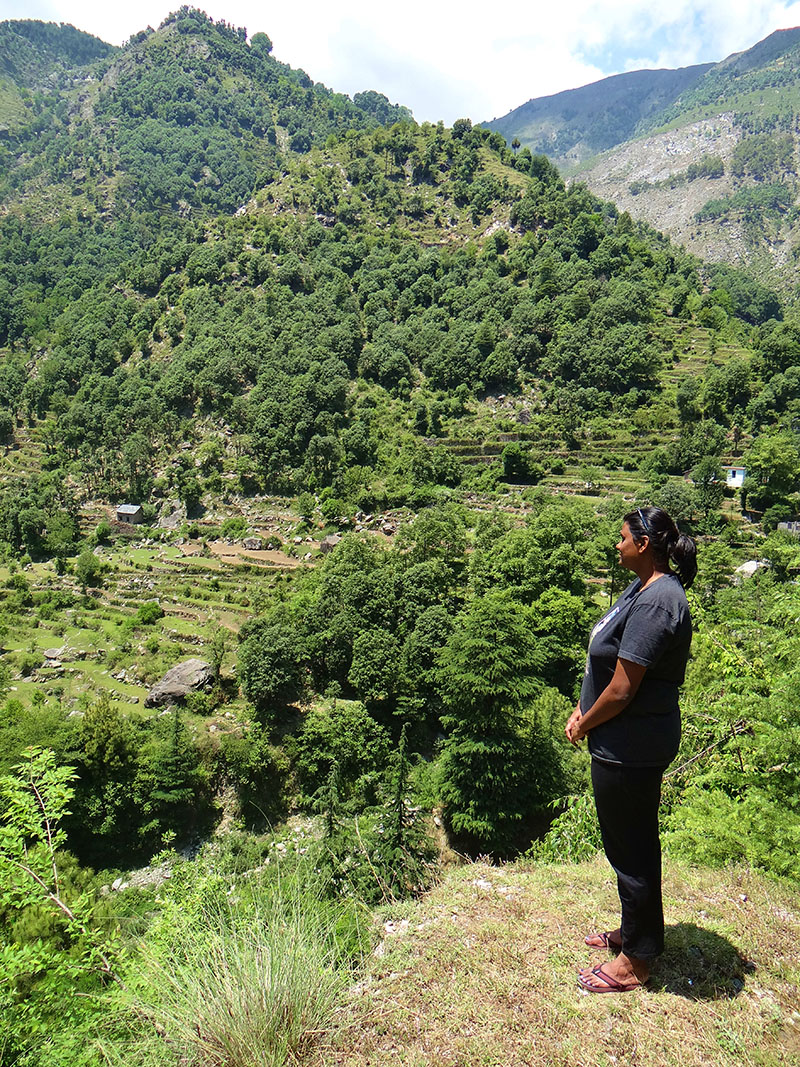 The Himalayan Langur Project is making a case for the protection of the Chamba sacred langurs. Since 2013 I am a part of the incredible team, and made an educational children’s magazine to help reach our goal.

The first Achamba! magazine was printed and distributed to various schools in Chamba, which implemented the book in their education curriculum.

In May 2015, I traveled to the Himalayas to create the second issue. The objectives of Achamba! are to:

1. Provide local people with knowledge of the langurs and their habitat
2. Develop positive attitudes towards (the conservation of) the species
3. Empower people to enact in environment-friendly behaviours

♥  Did you know: ‘Achamba’ means ‘Amazing’ in Chambyali, the local language. 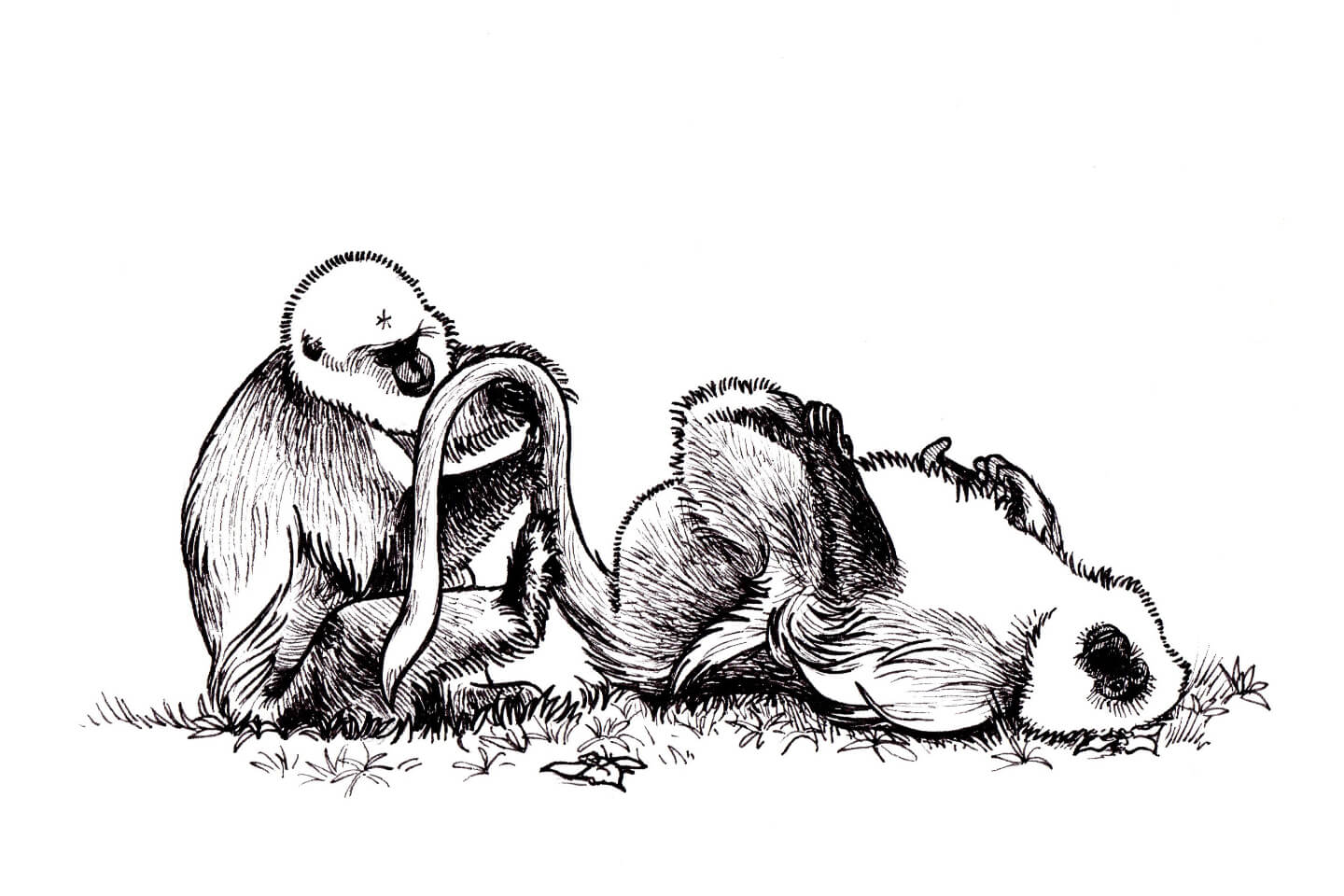 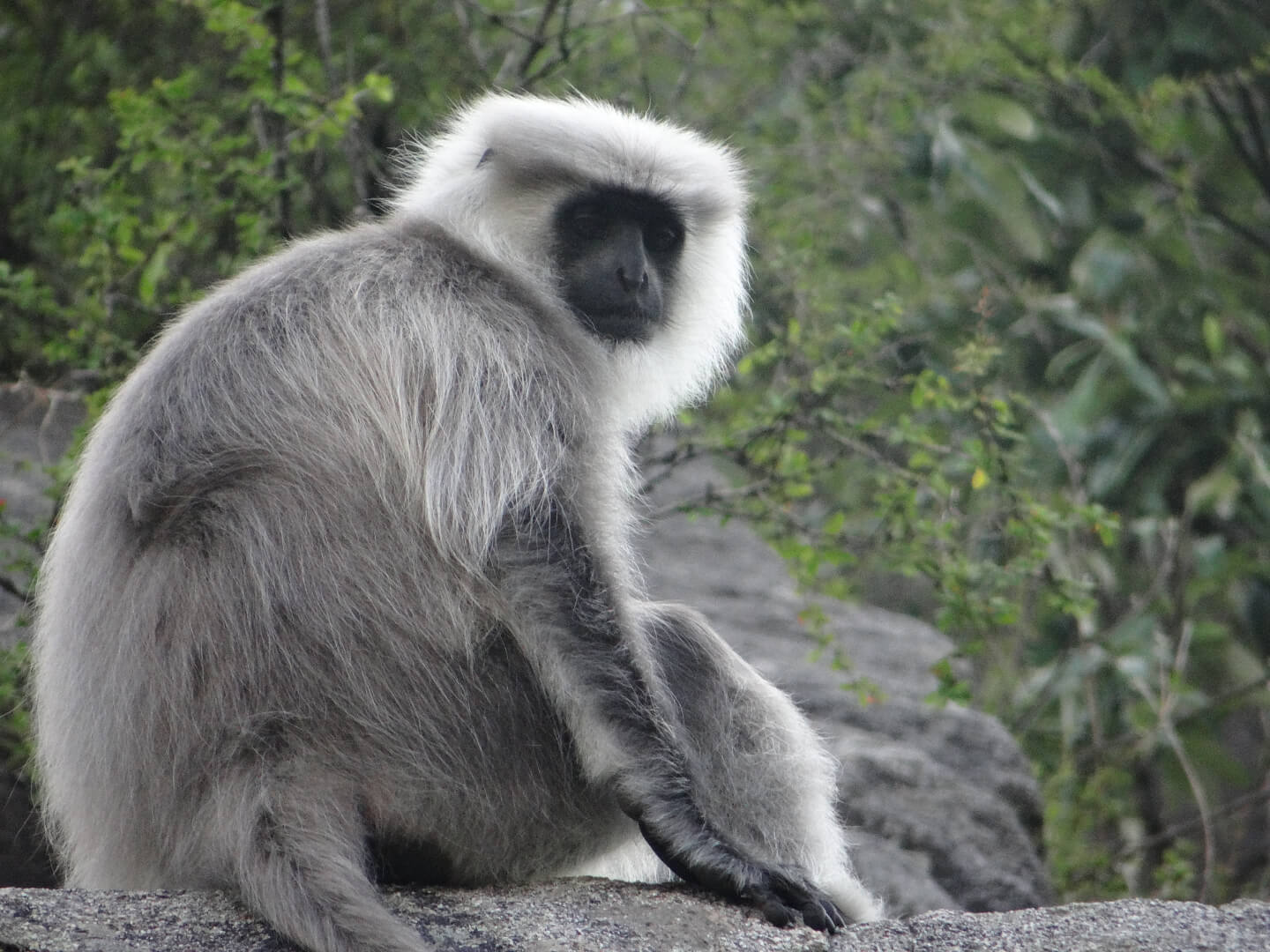 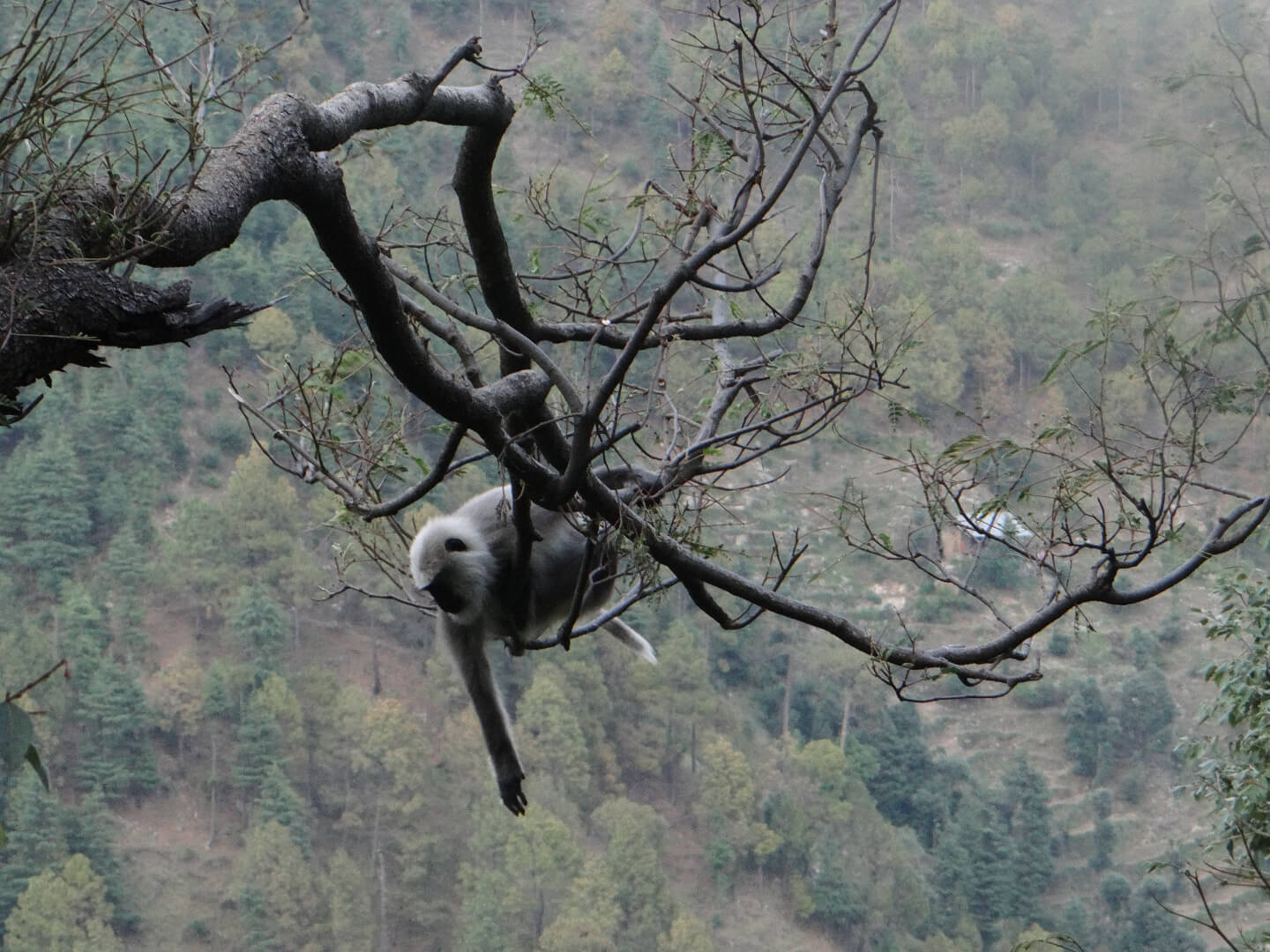 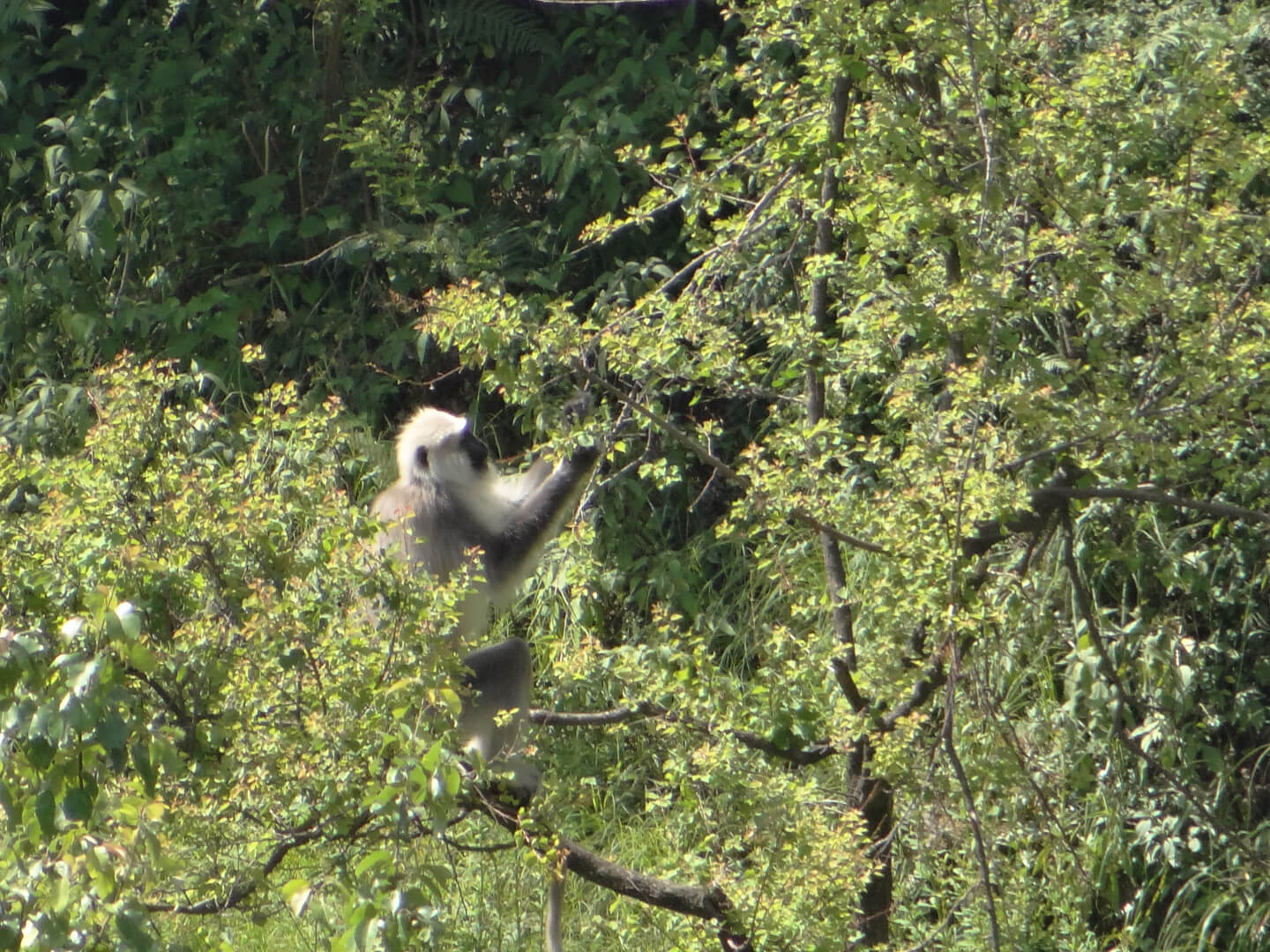 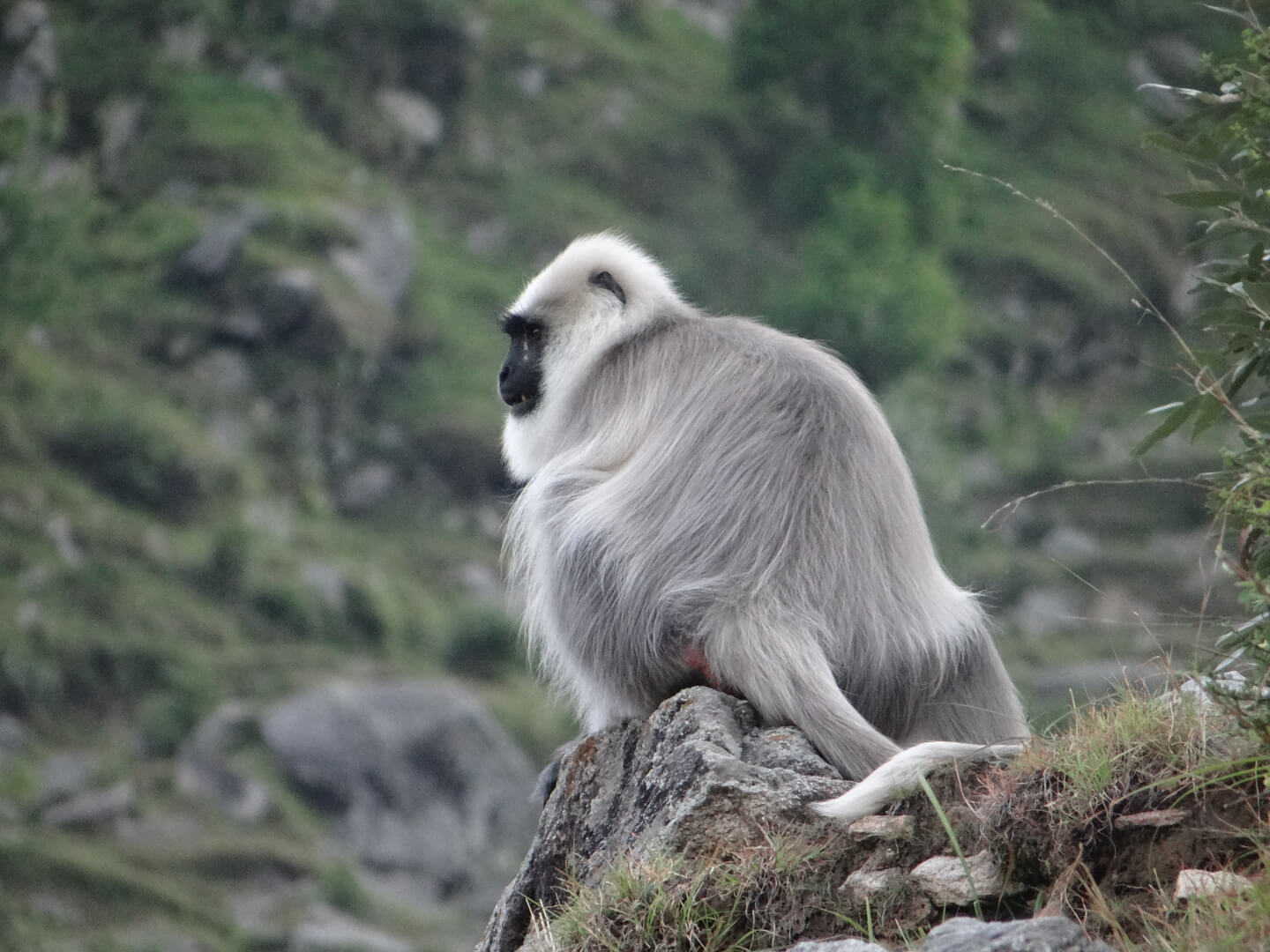 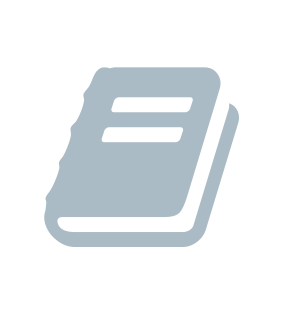 The main theme of the second Achamba! is garbage disposal. Garbage is a huge issue in many places in India. Both tourists and local people throw their trash in the environment, which disintegrates and gets into the ecosystem, soil and stomachs of animals.

The magazine teaches children about the garbage problem, and shows them in an engaging way how they can help to solve this issue. By this, the magazine empowers the children to really take steps to protect the langurs and their environment.

Gaula the langur and the girl Prakriti are back as the main characters. They lead the children through the magazine with engaging games and comic stories, and make the children feel like a true nature ranger!

Please feel free to take a peek below. 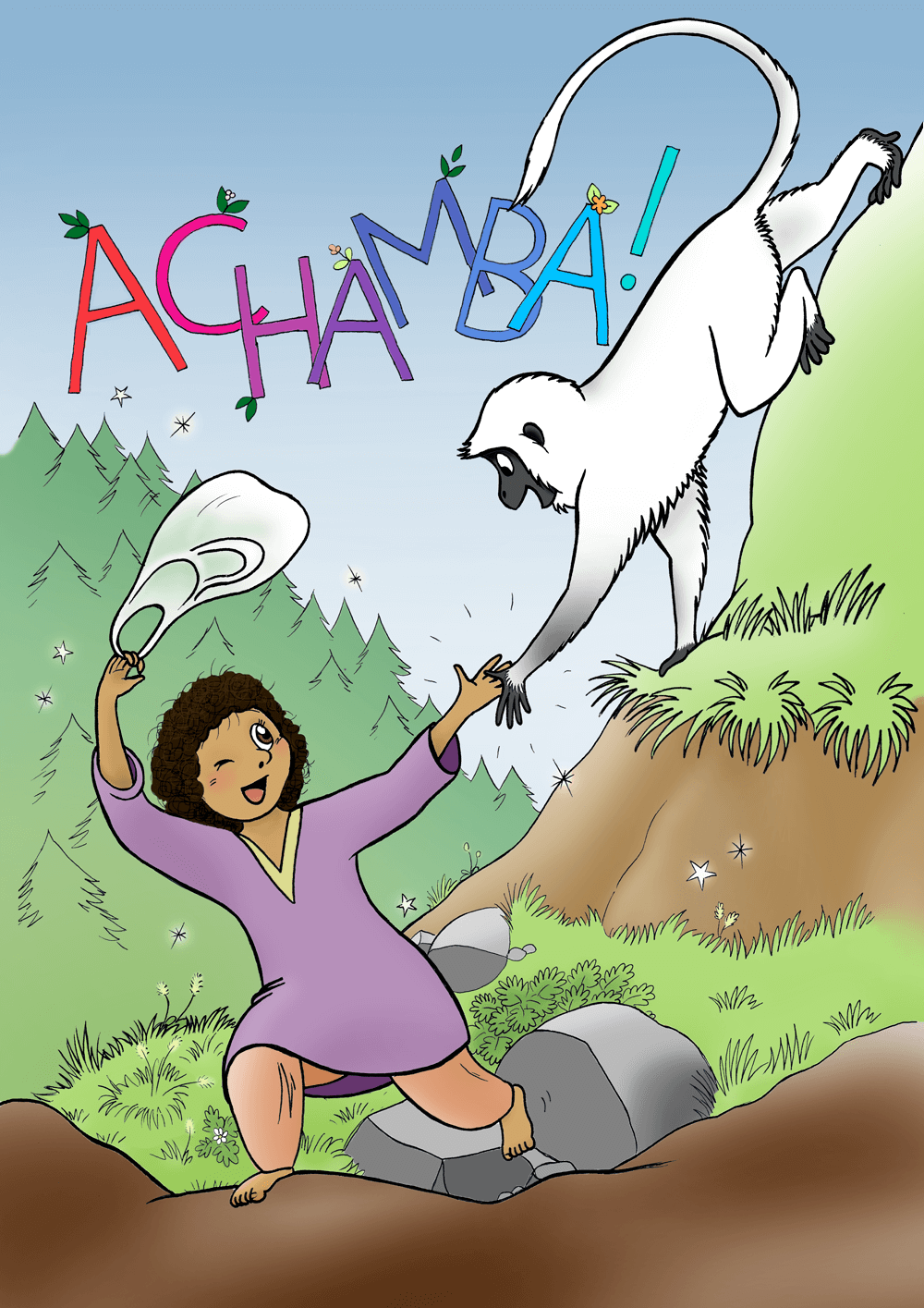 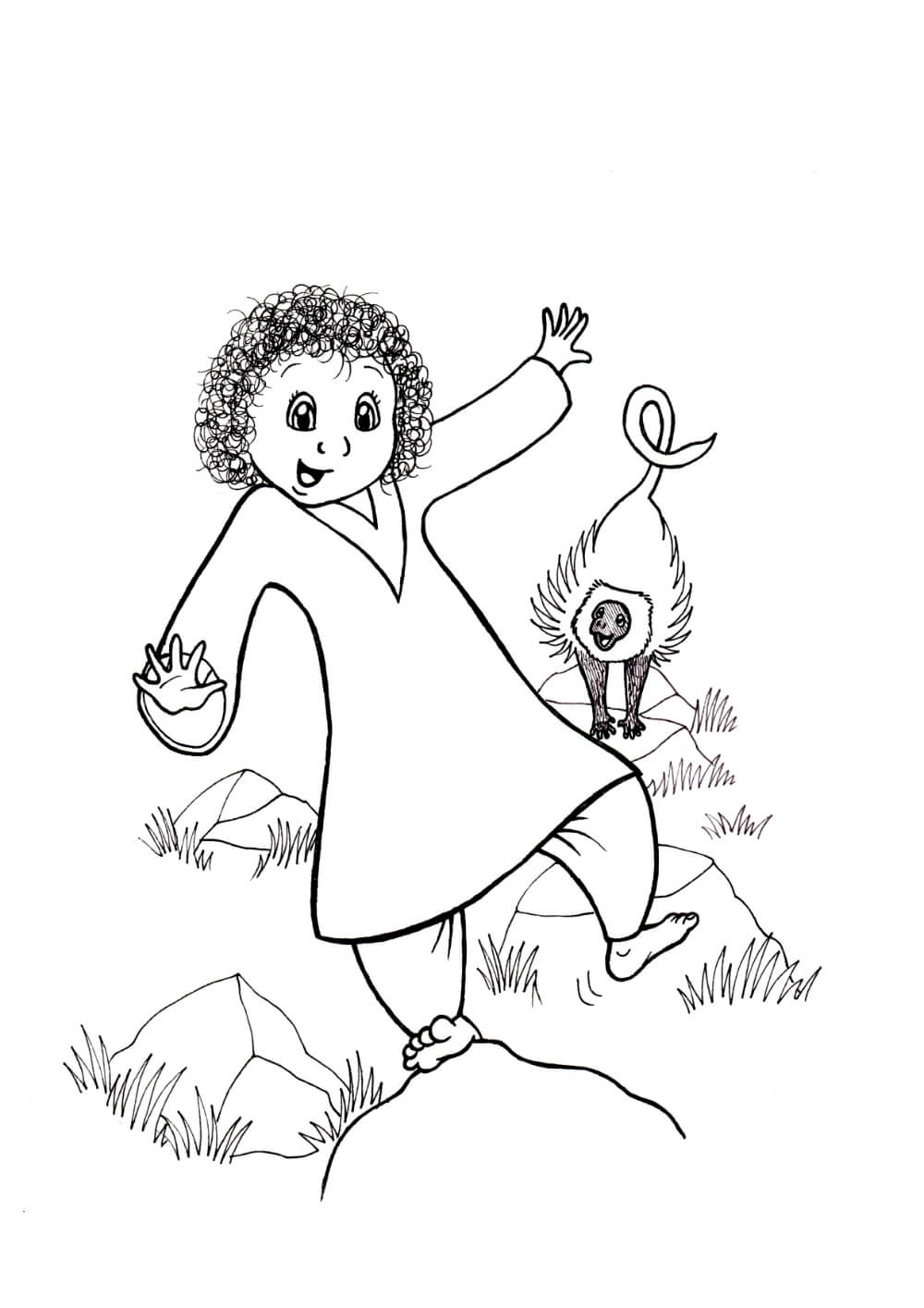 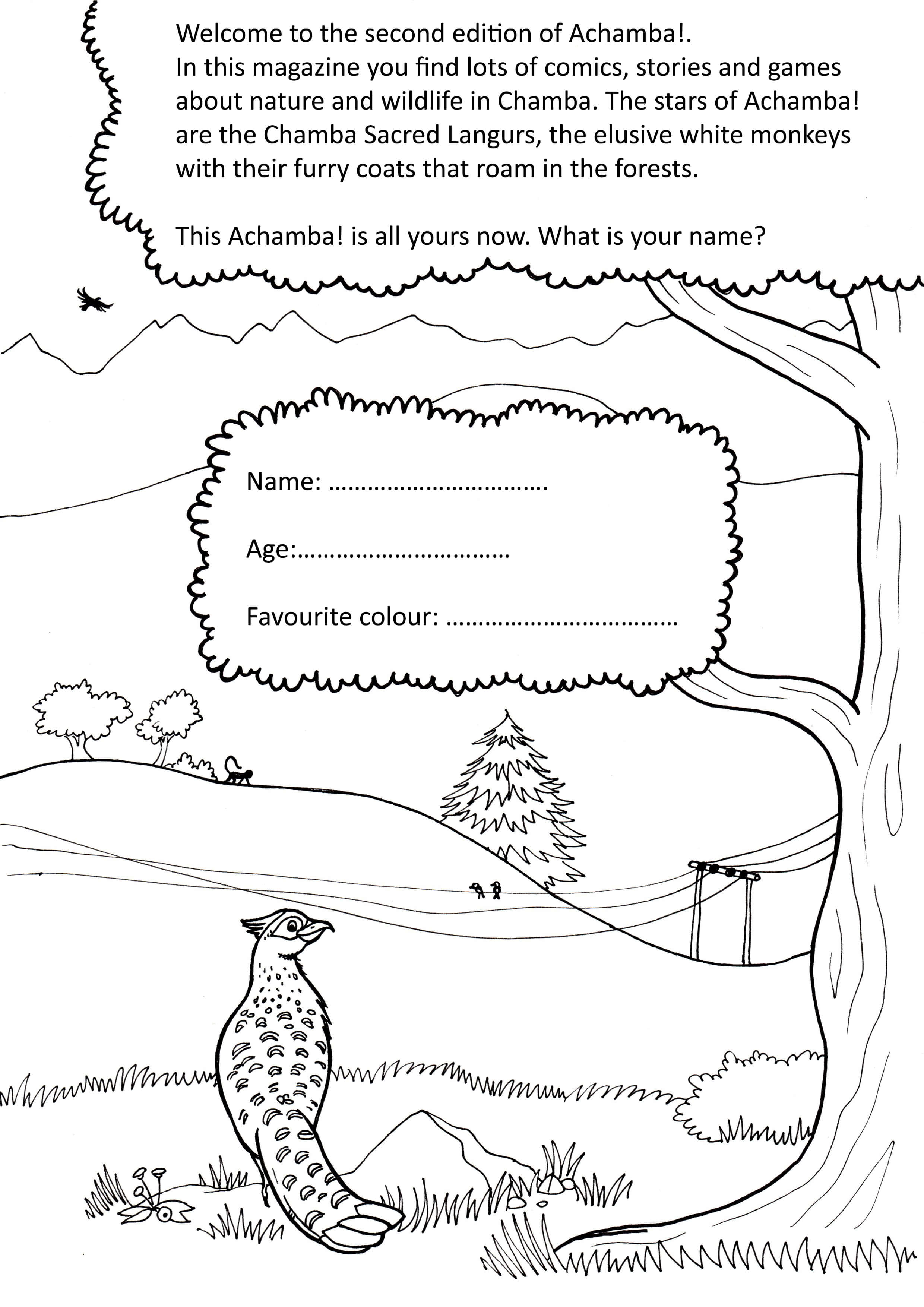 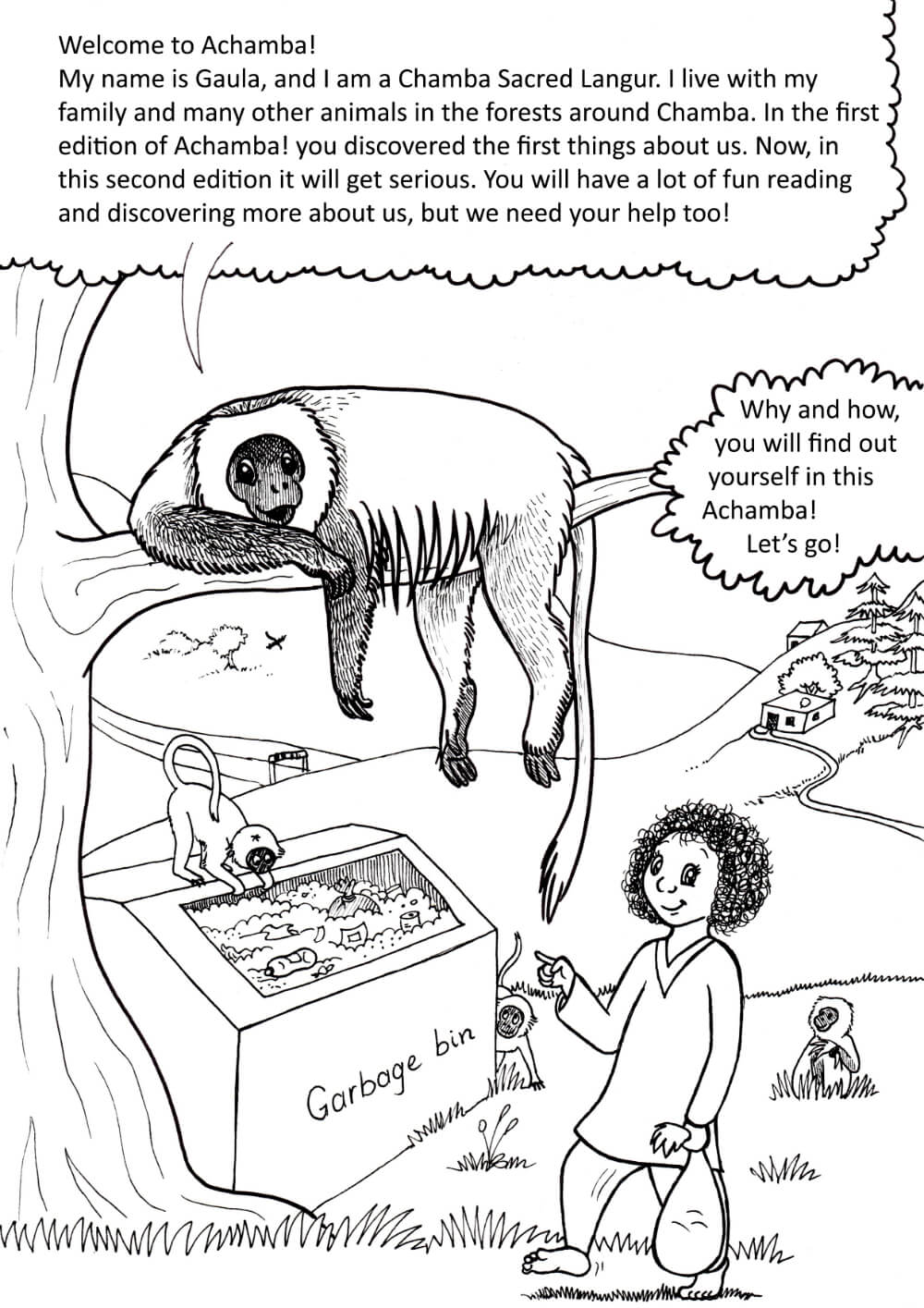 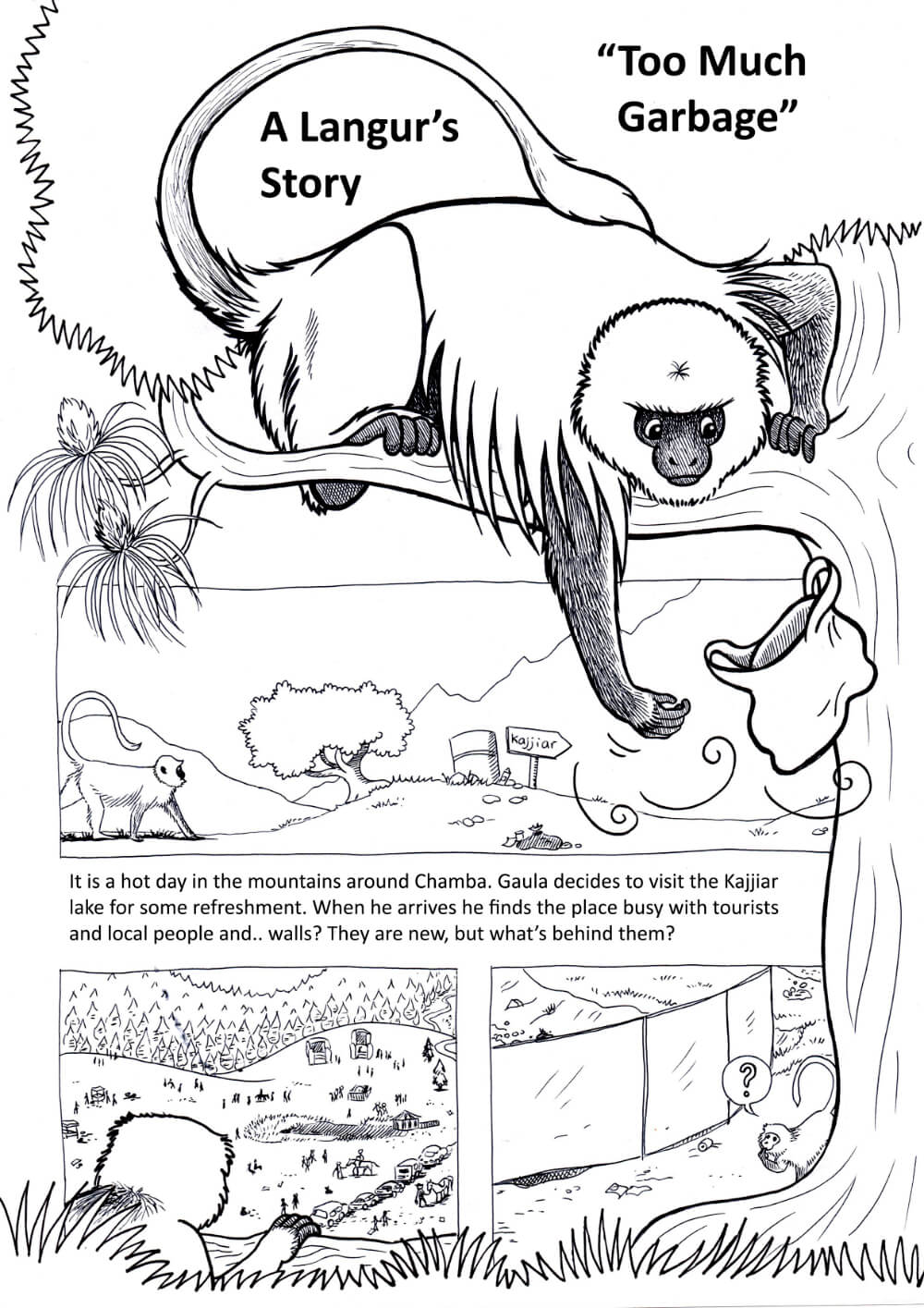 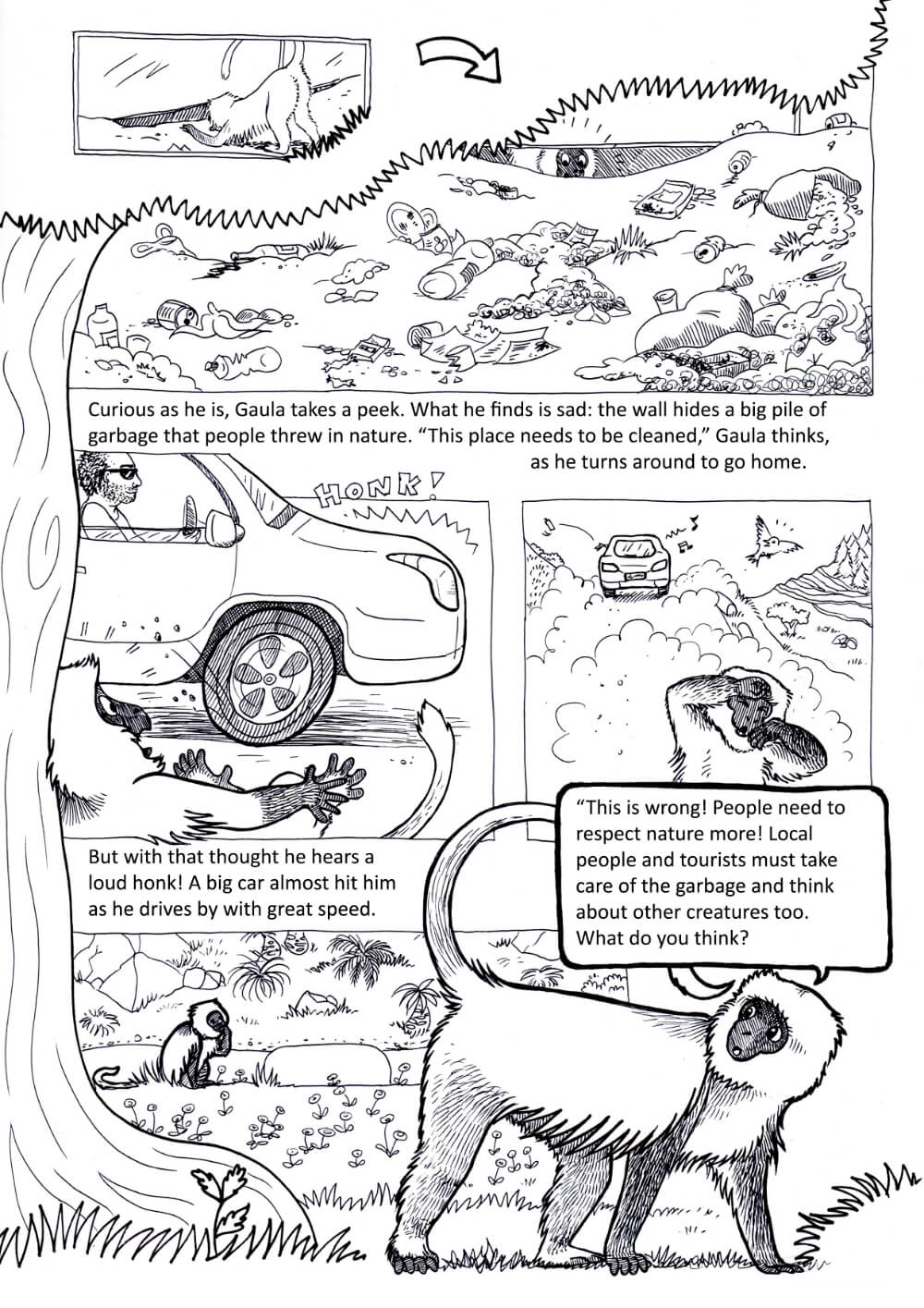 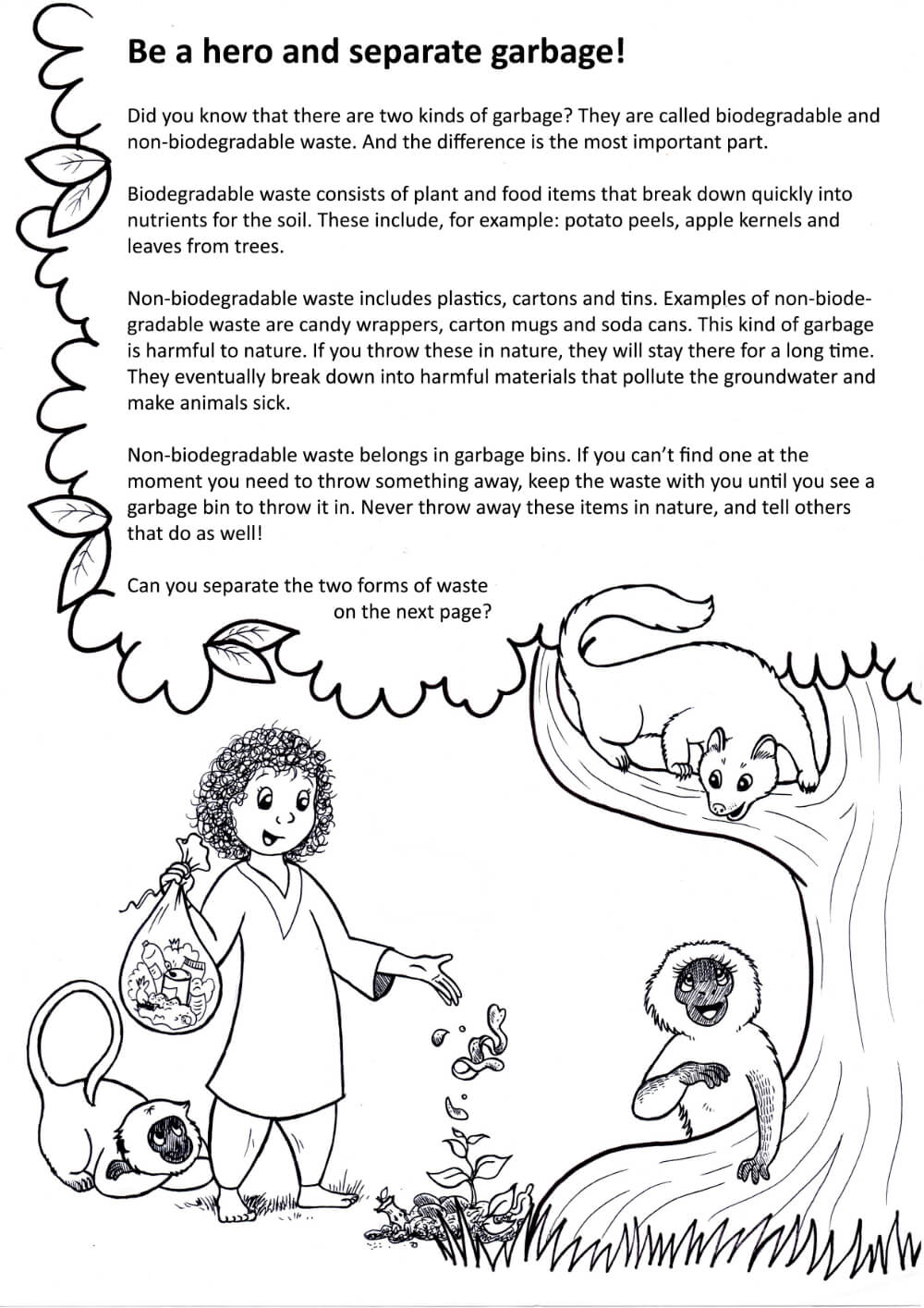 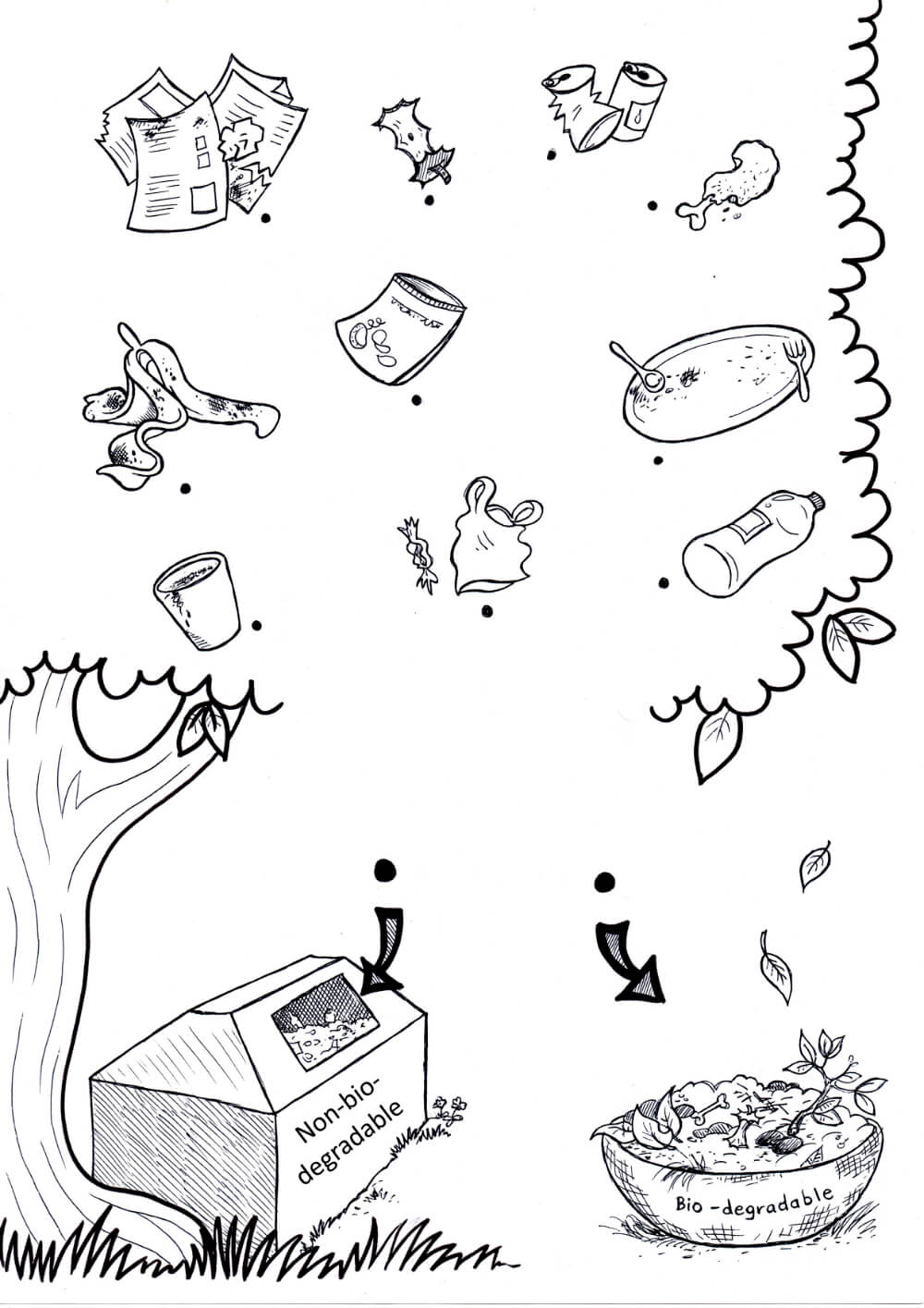 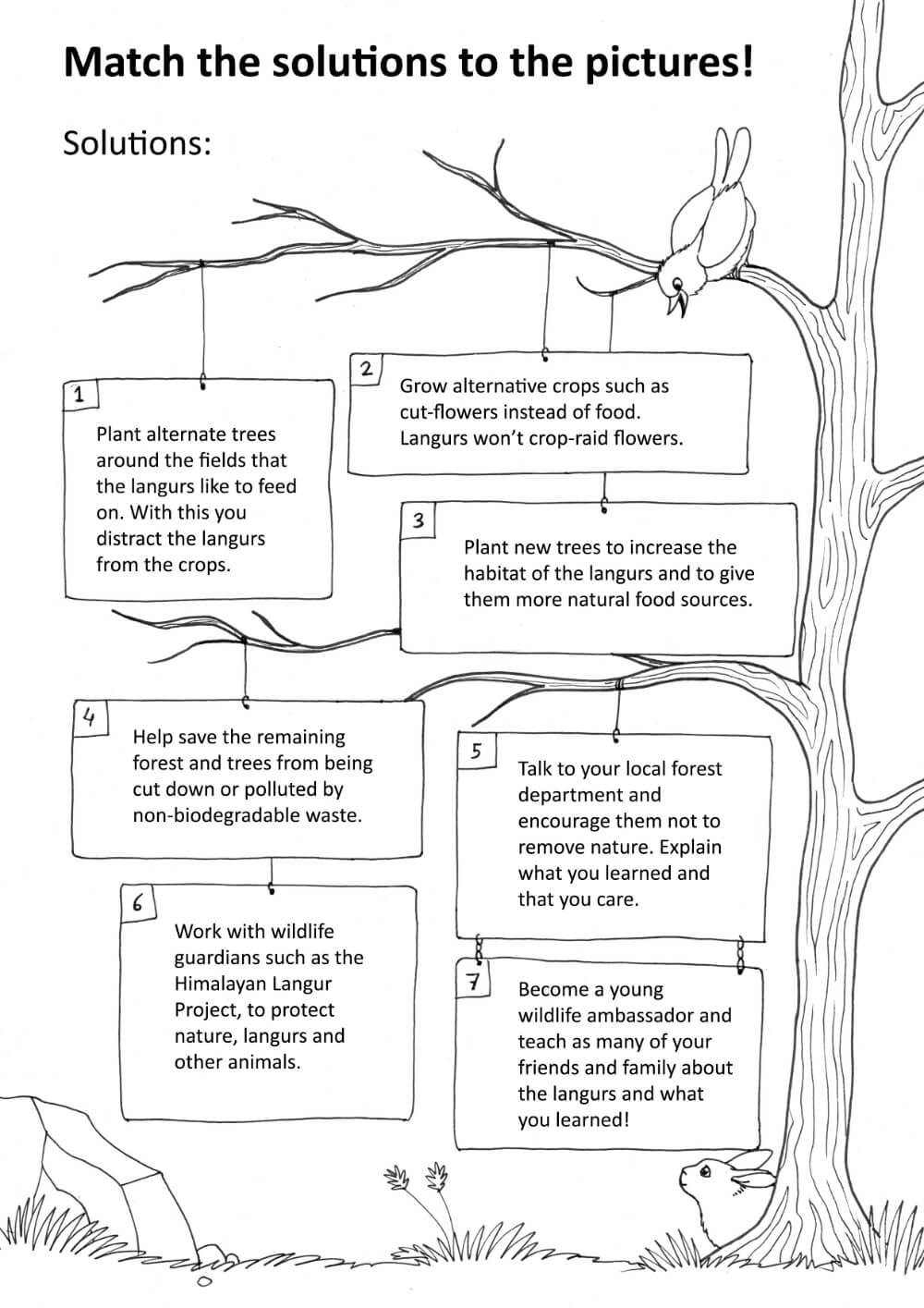 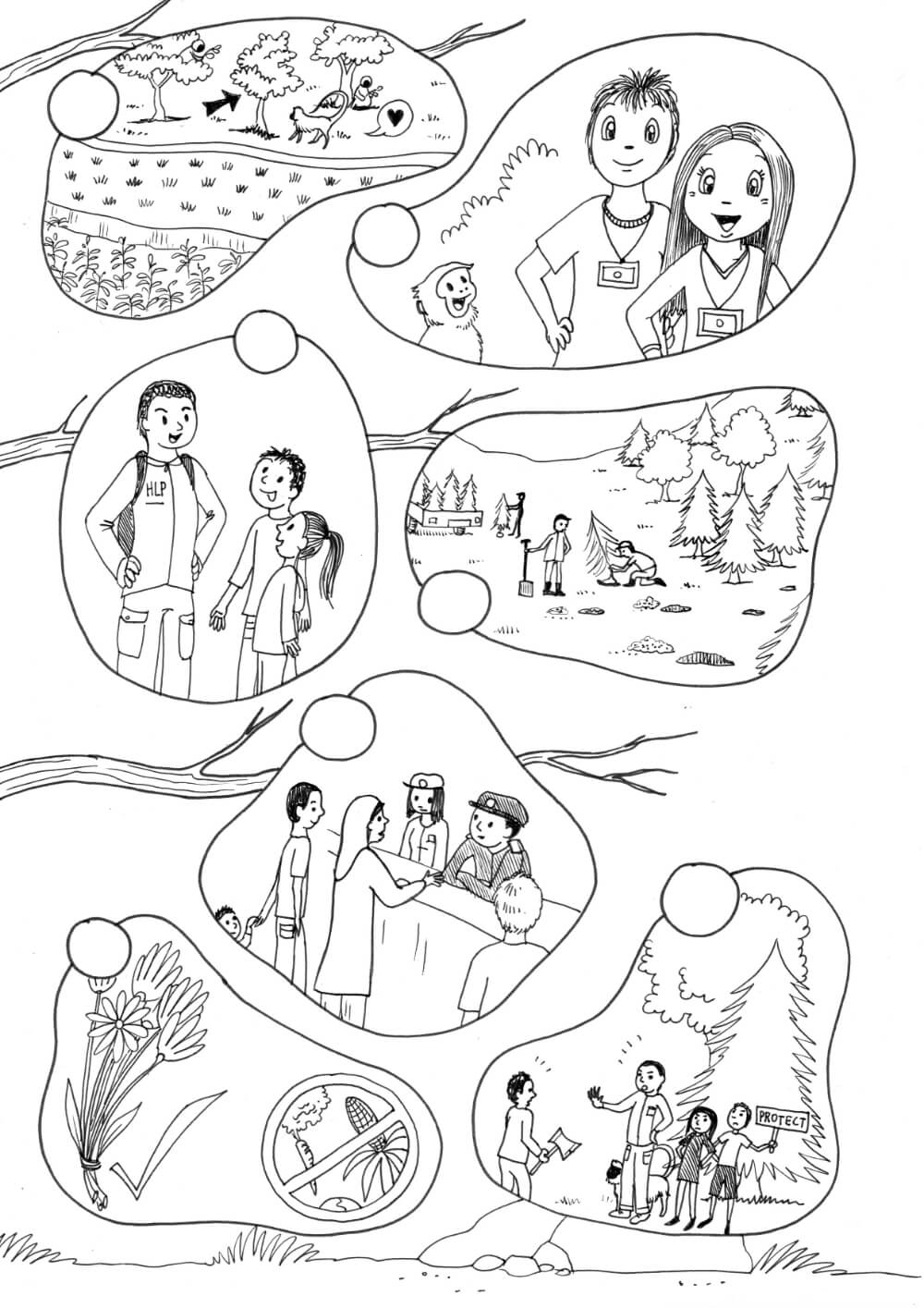 Wild langurs in the front yard

I hope you are inspired by the magazine, and if this page posed any questions or ideas, please feel free to get in touch!

As you made it all the way through here (thank you for your attention and interest!), I got some bonus material.

During the time I made this magazine, I stayed at the apartment of the head researcher. The apartment was built on the slope of a mountain, watching over a beautiful valley. If we were lucky, we could see the langurs moving through the terrace paddy fields on the opposite mountain’s slope, feeding on the leaves of trees growing there.

Below you find two video’s of two individuals in our ‘front yard’. Achamba!

My forever gratitude goes to the amazing team behind the Himalayan Langur Project, that answered my never-ending stream of questions and helped me with my travels to and stay at the Chamba base camp and Coimbatore. Thank you Martina, Vishal, Sanjay, Payal, Priyanka, Latha and all the other ZOO WILD team members!

This project was supported by the Mohamed Bin Zayed Species Conservation Grant. 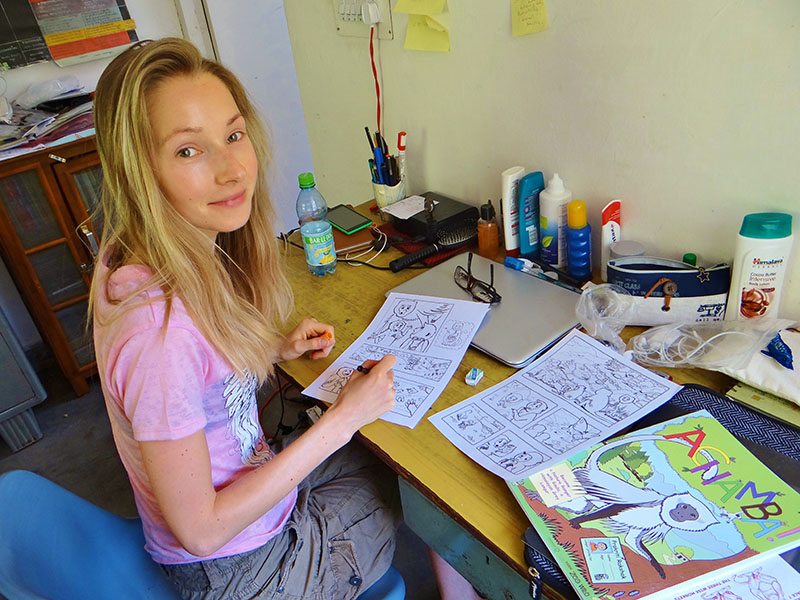 caught in the act

We use cookies to ensure that we give you the best experience on our website. If you continue to use this site we will assume that you are happy with it.OkNo