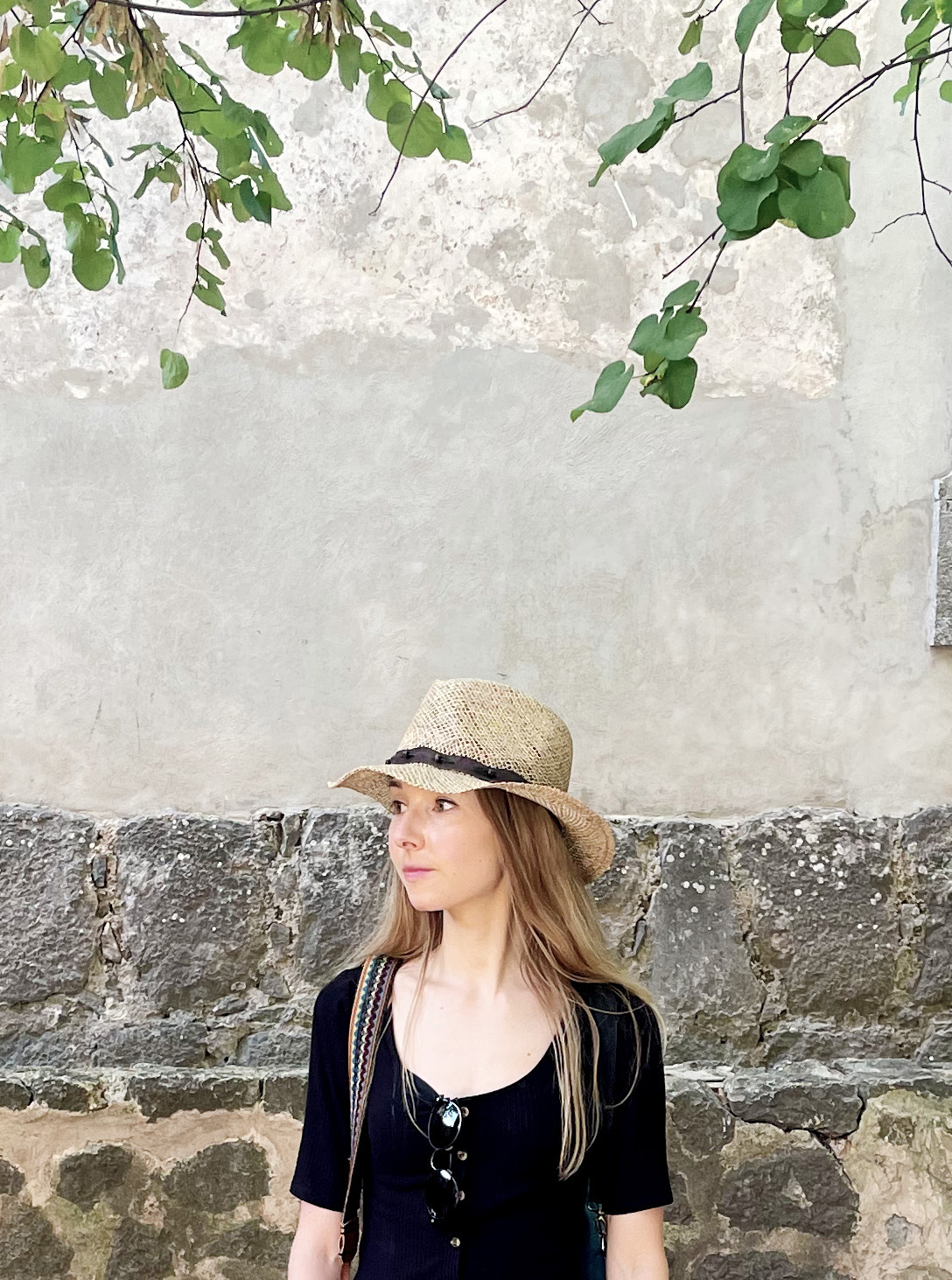 I saw a bird

I am an artist and researcher specialised in primatology, cognitive ethology and animal ethics. My ultimate mission is to work towards a society, both academic and the greater, to think, feel and act beyond anthropocentric borders.

When I grow up I want to become a geeky, gray-haired, and slightly curious professor with primate pictures on her office pinboard.

I am affiliated with the GTA Animal Cognition Discussion group and the Comparative Psychology and Affective Neuroscience (CoPAN) lab.

Before my return to academia I was an artist/illustrator, ghost writer and blogging animal activist. I’m afraid you’ll never get rid of the artist (and activist, she whispered); the drawings are part of the package!

I teach and coordinate Psychology courses at Leiden University, and conduct some research and paper writing on the side. For my research I am affiliated with the Comparative Psychology and Affective Neuroscience (CoPAN) lab.

The Diverse Intelligences Summer Institute (DISI) is a 4-week full-time program hosted by the UCLA and funded by the Templeton World Charity Foundation. I lead a project exploring the opportunities of using ethnographic methods to study animal behaviour, minds and societies.

Since 2022 I am working part-time for UCLA as a Project Assistant for DISI.

I followed the MA Ecology Futures visual arts and research pathway at the Master Institute of Visual Cultures. I critically analysed anthropocentrism in society and minds, and aimed to envision a sentiocentric alternative.

During my MA, I followed an extracurricular course, Sustainable World: Humans, Animals and Nature, from the MA Applied Ethics at Utrecht University

Thesis: Primate empathy: Review of the evidence in two taxa.

Poster presented at the conference Evolution & Human Behaviour in the Low Countries, April 2015, Amsterdam, The Netherlands.

If you’re not already fed up with me talking about myself (I’d be!), you can read about how I ended up where I am now on the rest of this page.

Get yourself some snacks for the ride, because it has become quite the essay. Remember you’re free to drop out from procrastinating on the thing you actually needed to do at any time.

I am and always have been fascinated by animals. As a child, I spent my all of my free time either drawing animals, reading about animals, or watching animals in the garden or on tv. I wanted to know what it is like to be a bird, to be able to flying over the tree tops and though mountain ranges; or a dolphin, communicating with others through echolocation (did you know dolphins can project images in each other’s minds? It’s wild!).

Unfortunately, shifting consciousness was – and still is – beyond our human capacities, so I resorted to drawing as a way of exploring other minds.

I can hear you think: “Wait – how does drawing make you explore other animals’ minds?”. I’ll try to explain by posing a question: Have you ever attempted to draw a portrait of someone? If so, you may have experienced how intimate it is to go over every detail in their face. I don’t know if it’s just me, but when drawing someone’s cheek, I cannot but “feel” a little tingle on my own cheek. This feeling-into the subject is strongest when drawing expressions. You need to feel at least slightly what your subject is feeling to be able to get the expression right on the paper.

The same goes for drawing animals, whether it be live or from imagination. You have to empathize with your subject if you want to accurately depict them. Through drawing animal bodies, I got to know these bodies better. And by imagining their perspective of the world, I felt I could come a bit closer to knowing what it is like to be them. 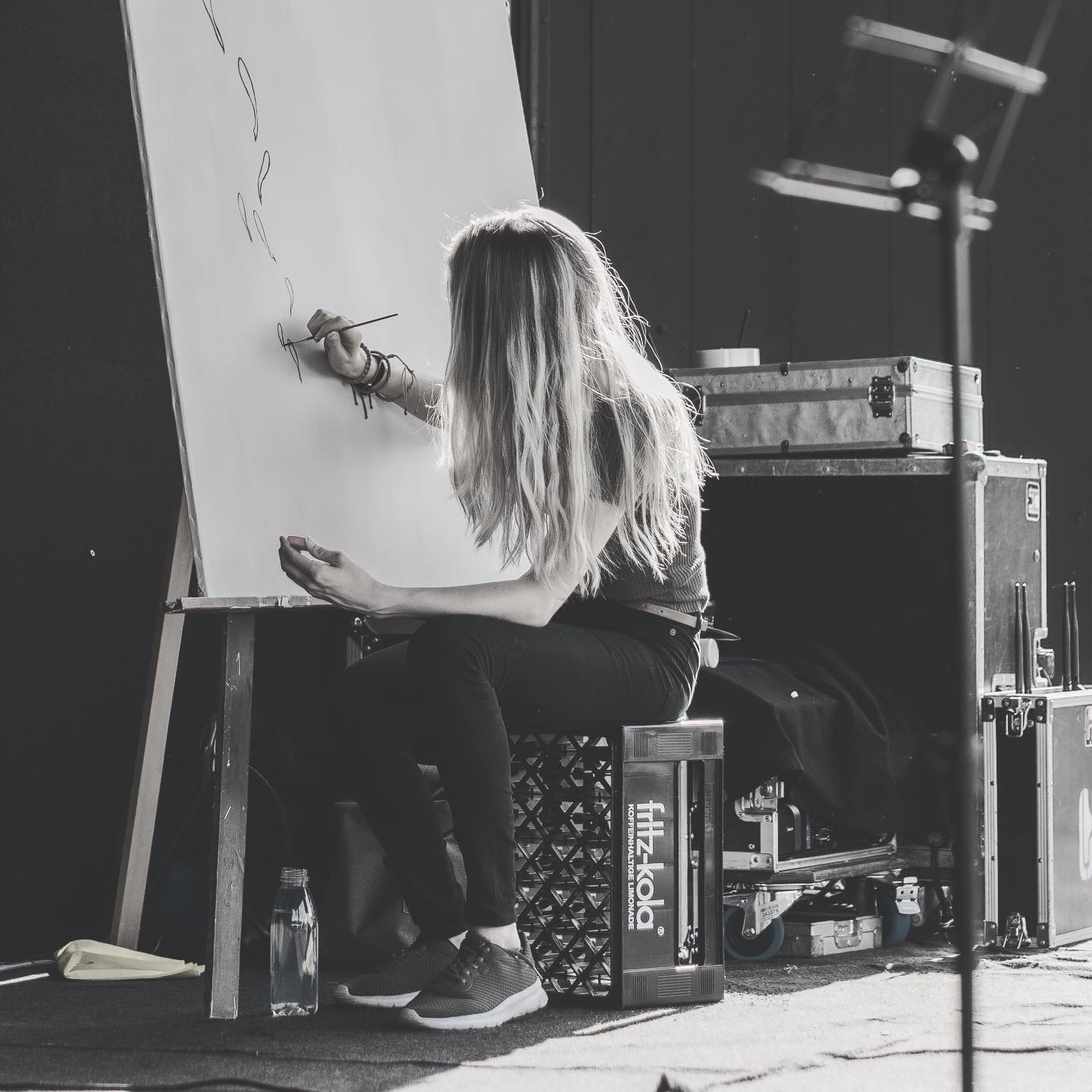 Painting at the Animal Rights March 2019

Now, imagination is not a valid instrument for gaining knowledge. We have waved goodbye to arm-chair philosophy (with or without a pencil in hand) as an epistemic method a long time ago. To attain knowledge of the world, we have to go out there and see and experience ourselves, and learn from those who did before us. That is how I ended up in university, to study animals’ minds and lives.

I did my undergraduate at the University of Amsterdam, where I studied Psychology, with a major in Social Psychology. It was fascinating to learn what drives humans in how they behave, think and feel, and I loved every bit of my study. Yet the absence of other animals in psychological theory and practice struck me. Other animals also had experiences, brains and behaviour – why were they left out of the equation? I devoted as much coursework as I could on nonhuman animal minds and behaviour, and wrote my bachelor thesis on empathy in different primate taxa. The Honours program made me fall in love with philosophy of mind, and for a good while I was obsessed with finding a solution to the Hard Problem of consciousness. I didn’t find it, and my current thoughts on the matter (pun intended) is that we humans lack the cognitive capacity to understand how neural processes create a consciousness experience, like a cat lacks the cognitive capacity to understand algebra. But please do falsify this idea.

After obtaining my BSc, I volunteered at Stichting AAP for a year as an animal caretaker (Spain) and observation assistant (The Netherlands). Here is where I developed a love for baboons. They got ‘swag’! I then got accepted into the MSc Primate Conservation at Oxford Brookes University, which turned out to be the best time of my life. I read about primates, wrote about primates, dreamed about primates – I almost breathed primates. I specialised in Asian colobines, whose gentle nature is so strikingly different from the strict hierarchical societies of the pig-tailed and long-tailed macaques, Hamadryas baboons and chimpanzees I knew from AAP. Still very little is known about the behaviour and minds of colobines. As folivorous (leaf-eating) monkeys, colobines spend most of their days foraging and digesting. Compared to frugivorous primates, there is not much drama going on, which causes them to be a bit of a forgotten primate group in behavioural research. So for my final project, I decided to study the behaviour repertoire of the Germain’s Langur (Trachypithecus germaini), carried out a conservation education program with a complimentary children’s book to help protect Cambodia’s primates.

After I graduated I wanted to put my knowledge to practice. I worked a short time for World Animal Protection and was very fortunate to receive a grant to work with the Himalayan Langur Project, to create an educational magazine and assist in research on the Himalayan gray langur (Semnopithecus ajax) in the Indian highlands. In the years that followed, I became a freelance writer and illustrator, and worked with various animal welfare and nature conservation NGO’s around the globe. In my spare time I launched Vegan Monkey, a blog to inspire people to go vegan, and founded a little vegan clothing company to help vegans inspire others to go vegan. The articles and recipes still exist on my website today – do try out the avotella.

Animal ethics and the Anthropocene

Besides my passion for knowing animals, I also feel it is my duty to help protect their rights, lives and habitats. Animals are conscious, sentient beings, with lives and minds of their own. They have interests, agency and intrinsic value, and therefore moral standing and rights. Sadly, humanity at large doesn’t recognise or acknowledge these givens. We use, abuse and kill animals, often for nothing more than our own petty pleasures and conveniences. Anthropocentrism, speciesism and human privilege are the root cause of the suffering of millions of animals each day. To me, it’s not more than logical and compassionate to help change this. 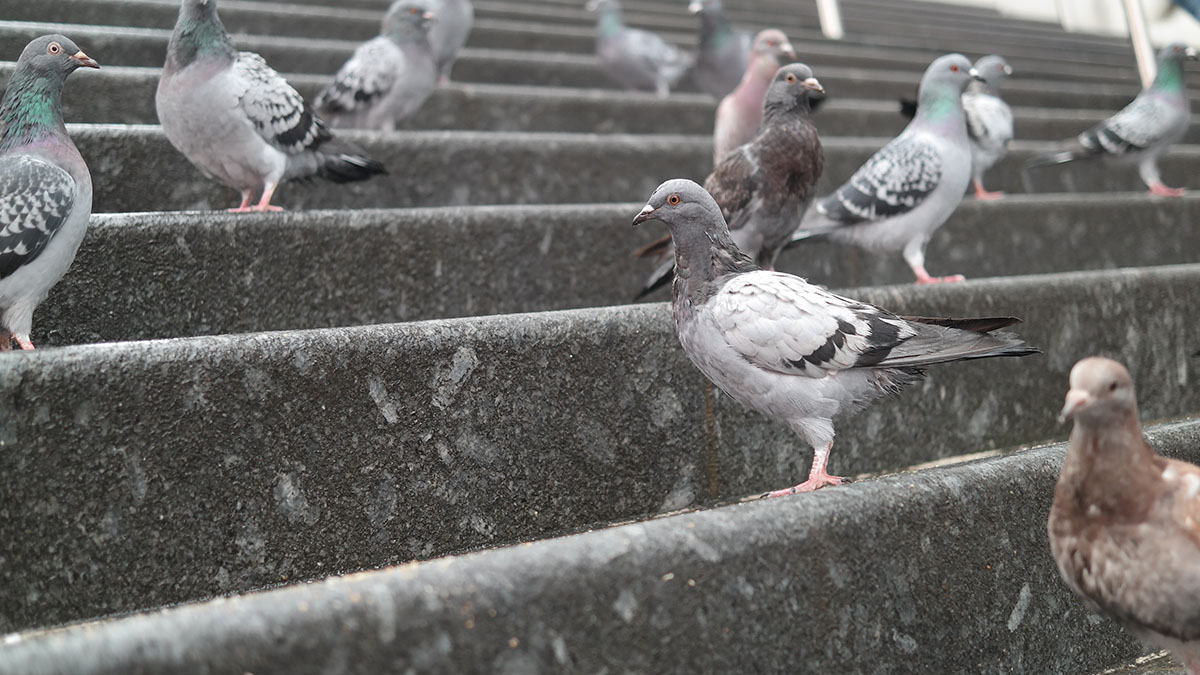 A world beyond speciesism

When I walk through the city, I recognise a feathered person in every pigeon I see. I wonder who they are. I wonder what’s on their mind, and how they go about their day. And I wonder, when I see a human child running into a flock of pigeons who are just minding their own business, how we can get to a world in which it is common sense to explain to our children that other animals have feelings too, that we should treat them with respect, and that it is rude to chase pigeon people.

When we’re back home, our children will ask us whether we have ever been rude to an other-animal person. We’ll have to admit that we have, thinking back of the days we ate their flesh and tortured insects in our backyard. Ashamed. But how could we have known better before we knew?

We’ll tell our children that the time in which we treated animals as toys, tools and other things have long been gone. That now, we know better. In a world beyond speciesism.

You can reach me by filling out this form below, or email me at brenda [at] brendadegroot [dot] com.